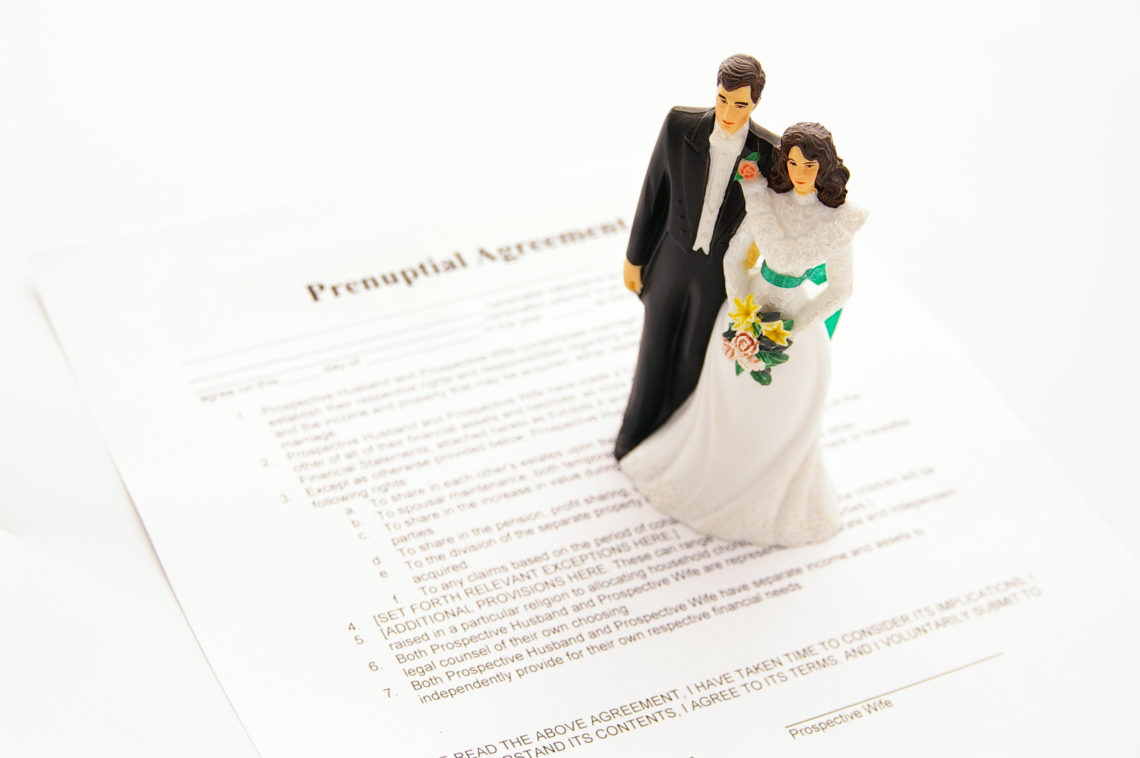 I recall an episode of “The Nanny” in which wealthy widower, Maxwell Sheffield, has proposed to the nanny of his children and then presents her with a prenuptial agreement. Fran Fine (the nanny) struggles all episode to read the document, lamenting instead how callus and insensitive her betrothed is being. The millionaire cajoles her and says it is something his lawyers have drawn up, and it is a trivial but necessary document. In the end, in what appeared to be a grand romantic gesture, Maxwell tears up the prenup, to the horror of his business partner, C.C. The couple embraces and Ms. Fine lets out her iconic nasal laugh.

In California, what each person owns before they start a marriage remains theirs upon divorce. This is called separate property. Community property are the collective assets acquired during the marriage that cannot be traced back to pre-marriage separate property. Had “The Nanny” taken place in California with Sheffield as a Hollywood producer, the royalties from early successful shows would have been his during and after marriage. However, had Maxwell produced a flop after he married Fran and acquired significant debt because of the failed endeavor, the debt would be assigned to both of them. In this example, had I been counsel to Fran, I would have pointed out a few factors in favor of her signing the prenuptial agreement.

First, I would have discussed with her the vulnerable position she was in if Maxwell incurred debt during their marriage. Upon divorce, creditors could come after either party. If Fran found another high-paying nanny position and Maxwell, meanwhile, declared bankruptcy, the creditors would be more likely to pursue her for the unpaid debts. However, if she wrote into the prenup that all debts taken out by one spouse would follow the spouse, she could avoid potential danger.

Second, I would have encouraged Fran to discuss with her betrothed how they intended to spend their finances on big purchases like beauty school tuition for Fran, vacations to the Caribbean, or sports cars. Many marriages end because of fights over money. Couples tend to have one spouse who is thrifty and another who is more reckless with funds. These same couples might argue less if they had spent time before their marriage talking about expectations for education, retirement and luxury. Sure, Mr. Sheffield showered her with jewelry and ball gowns but did he have any money tucked away for their senior years? Did he have a life insurance policy to aid her if he unexpectedly died? Everyone needs to discuss these provisions regardless of a current financial state.

Third, I would have scrutinized spousal support, or alimony, with Ms. Fine. In California, parties must have at least fourteen days to review the document before the requested signing date. I believe prenups are seen as inherently unfair to the non-breadwinner because there is an assumption that the person who earns less will be waiving rights to any future support. In California, prenuptial agreements cannot waive child support. I encourage my clients never to waive spousal support because it is intended to help the non-breadwinning spouse get back on their feet and possible vocational training. If she and Maxwell divorced, Fran would have a significant gap on her resume. She would need spousal support to help find a new nanny position or to relaunch her beauty career. She could also use spousal support to stay in the same school district as the children she, in a later episode, formally adopts.

In short, when I hear someone ask about a prenup, the first words that come to my mind are “personal business enterprise” and “debts”. Prenuptial agreements are not inherently biased toward the wealthier party as the media likes to depict. In my experience, they are requested because there is ambiguity and confusion about what will happen with a business one party has started or plans to launch soon. The other party will usually select provisions stating they will be free of any debts their entrepreneurial spouse takes on. And in creating their prenup, with the aid of their respective lawyers, the parties have carefully discussed and planned what they would do if certain financial events took place. Ideally, all couples would try the exercise of writing a prenuptial agreement in addition to, or in lieu of, premarital counseling!

“The Nanny” ended a few seasons after the main cast members married on screen, but perhaps had the show demonstrated Fran Fine taking ownership of the proposed prenup, shining light on the flaws of Maxwell’s business, and re-characterized her as a woman taking the reins on her financial future, the show just might have stayed on air for longer! You never know.