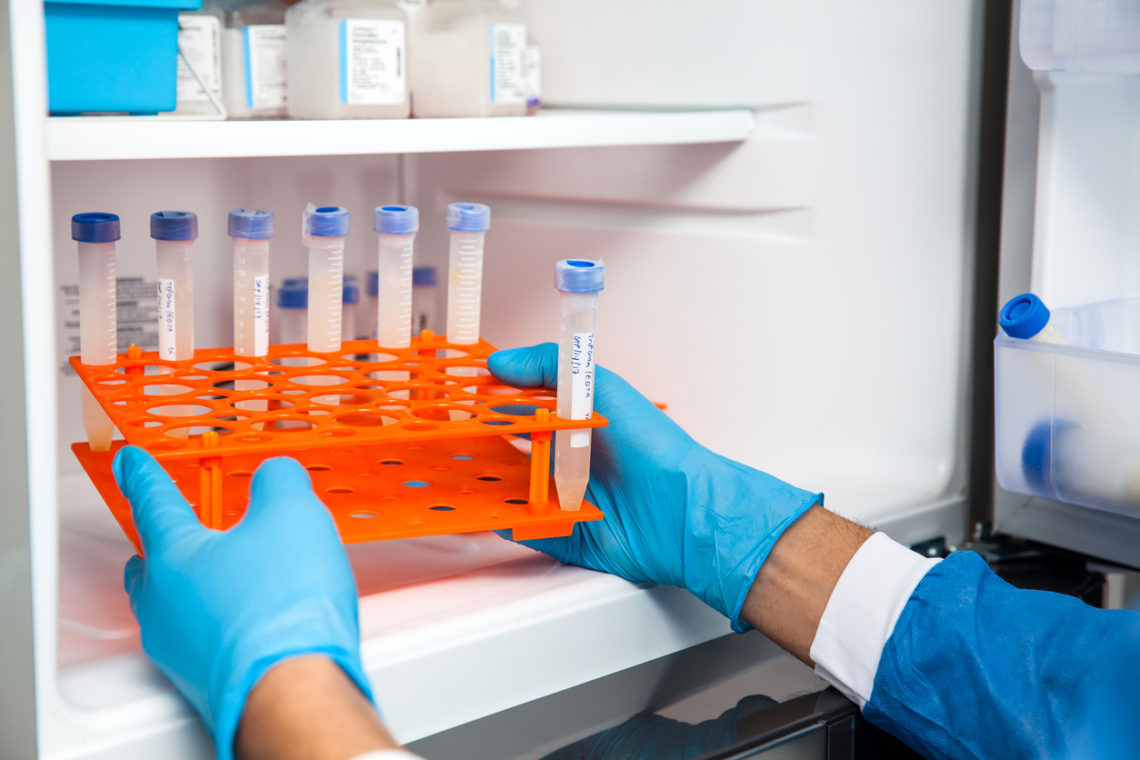 The American Society for Reproductive Medicine estimates that, just in the United States, 600,000 to 1 million cryo-preserved embryos are in storage. The total number is likely to continue to increase as other countries develop their own in vitro fertilization medical practices, and more couples in the United States delay growing their family until their late 30s and early 40s.

The CDC has tracked infertility within the population and have found that over 12% of women experience infertility struggles in their child-bearing years and over 6% of women ages 15-44 have complete infertility.

As part of this series, I am highlighting the importance of directives in cases regarding frozen genetic material. In this second post, I address two cases which addressed cryopreserved sperm where the rightful owner was deceased and someone else wanted to use the material:

I find this case from 1993 fascinating: a girlfriend seeks to use the sperm of her deceased boyfriend but his adult children say, “No!” Here is what happened.  Ms. Deborah Ellen Hecht (Hecht) dated William Kane.  Before Kane committed suicide, he was very thorough about his intention that the sperm sample he gave to Ms. Hecht’s IVF clinic could be used by her by signing not only a clinic consent form but also expressly stating in his will, “I bequeath all right, title, and interest that I may have in any specimens of my sperm stored with any sperm bank or similar facility for storage to Deborah Ellen Hecht.”

Mr. Kane was so thorough, in fact, that he additionally wrote a letter directly to his adult children in which he stated that, because he only had two children, he hoped Ms. Hecht would have a child by him after his death! His letter explicitly informed his children, “I’ve been assiduously generating frozen sperm samples for that eventuality. If she does, then this letter is for my posthumous offspring, as well, with the thought that I have loved you in my dreams, even though I never got to see you born.” Mr. Kane ultimately deposited 15 vials of sperm at the cryobank, then took his own life. Mr. Kane was also clinically depressed and known by some of his closest friends to make great shows of fabricating elaborate tales. Less than six months after he signed this letter, Mr. Kane lost twenty thousand dollars gambling in Las Vegas and committed suicide.

In the initial court proceedings, Kane’s adult children challenged the estate distributions of their father and settled with Ms. Hecht so that she received twenty percent of his property. She therefore initially received three of the fifteen vials of frozen sperm. Ms. Hecht used two samples without a resulting pregnancy and fought the adult children for the rest of the remaining twelve samples urging a Court for a speedy order to release the files as she was approaching her 40th birthday. Kane’s children opened the case once again to question their late father’s mental capacity, and Hecht’s undue influence. The Court knocked down the adult children’s main assertions as well as two other arguments they tried in vain to make: that this donation of sperm to Hecht may have violated the “Uniform Anatomical Gifts Act” or infringed on some constitutional right to preserve the integrity of a party’s family.

In the end, California’s Second District Court of Appeal concluded that, at the time of his death, Kane had an interest in his sperm, because he had decision making authority regarding it, and that this interest was sufficient to constitute property and as such, the probate court had jurisdiction over the vials of sperm. The Court further found that artificial insemination with the sperm of a decedent did not violate public policy.

I did my best to see if Ms. Hecht was ever in the news again, but I have no conclusion to this story regarding the success of her use of the remaining vials of sperm. A newer case from 2008 chronicled what happened when the sperm-provider did not consent to the sperm being used.

In the Estate of Kievernagel, Joseph and Iris Kievernagel were married for ten years and then decided to freeze Joseph’s sperm in preparation for in vitro fertilization to impregnate Iris. Surprisingly, however, Joseph signed an agreement indicating his choice to have the frozen sperm discarded upon his death – Joseph did not authorize its release to Iris in the event he predeceased her. After Joseph was killed in a tragic helicopter accident, Iris petitioned the probate court for an order to use Joseph’s sperm. She claimed that, as his widow, the sperm sample was of tremendous sentimental value to her. Joseph’s parents disagreed, and advocated that his sperm sample should be destroyed in keeping with his consent forms.

The California Court of Appeal cited a very famous decision from France, in which a 24-year-old man who was suffering from testicular cancer made a deposit at a sperm bank but left no explicit instructions for its future use. Two days before the Frenchman’s death, he married his girlfriend and she claimed that it was his intention that she should use his frozen sperm sample. His parents agreed with her, and implored the French court to release the sperm sample to his widow. The French court found that because his intentions were not unequivocal, and because only he was the one who could decide the fate of the ‘seed of life’ he had deposited at the bank, the bank was justified destroying the sample.

Iris did not prevail; the Court found that it was best to enforce the late wishes of Joseph with regard to his genetic material – that it be discarded and given to no one else.