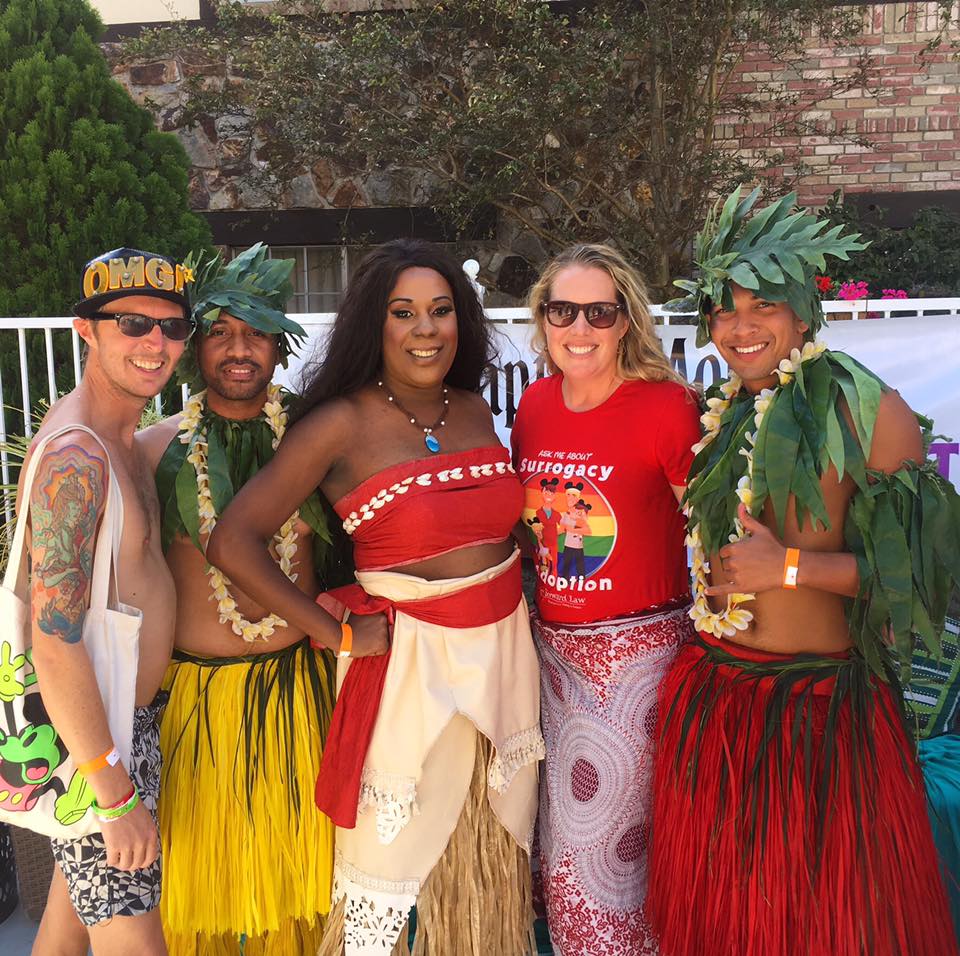 For those who have not seen the movie Moana, you should at least listen to the sound track. My cousin Wil and I listened to it nonstop this summer while driving through the Grand Tetons National Park. At Gay Days Anaheim, Wil and I wasted no time in posing for a photo with a Moana-impersonator and her Polynesian backup dancers. It was a geek-out moment, but if you ask me if I know all the words to the Moana songs, I will vehemently deny it.

Moana would be a great potential client. If the daughter of the village chief and voyager, Moana, walked into my office, this is what I would do. First, I would applaud her for taking the initiative to even think about writing a will or trust despite not having children or the deed to a home just yet. Most clients choose to put an estate plan together because they have become parents or just bought their first home. These are perfectly legitimate reasons to prepare a will or trust of course but really, anyone over eighteen ought to put a basic plan together. I would also praise Moana for her intuitive thinking about the intellectual property rights to her beautiful songs and directing royalties from her film and music work to her island’s most vulnerable population. In my imagination, Moana is a well-informed philanthropist.

Second, I would ask Moana who was most important to her and how she would want to honor them. Moana’s parents seem to have a comfortable life as the sovereigns of their village. So I imagine that Moana would leave a legacy to charity with some provisions for her pets, Hei Hei the rooster and Pua the pig. Moana and I would discuss the merits of providing for her feathered and curly tailed friends in a simple precatory letter. In this document, Moana’s executor would be given information such as which veterinary clinic Moana used, and what food she fed to them. We would discuss the potential need for a full-blown trust for her animals. If Moana decided a pet trust was warranted, we would appoint a caretaker for the animals as well as a fiduciary person who would provide funds for the proper care and scrutiny on the capabilities of the caretaker. This more robust, more expensive document could also mandate that the caretaker take courses in how best to look after livestock animals and how to hire an avian-acupuncturist or swine-masseuse.

Last, Moana and I would make a list of her special belongings. Perhaps Moana would notate the oar that Maui engraved with his autograph, or her grandmother’s necklace where she kept the glowing heart of Te Fiti on her voyage. This memorandum of personal possessions is an important part of any estate plan as special belongings can be the cause of the greatest family strife after an unexpected death. If Moana had siblings, they could get into a major fight about who would get each priceless item.

In the end, I would show Moana drafts of her plans then finalize her documents. Moana would sign and notarize her paperwork, and I would ship it to her island paradise home. In the envelope, Moana would probably receive a will, a personal property memorandum, a health care directive, power of attorney, and documentation about the future care of her pets. Most important within the contents, would be her trust that could direct royalties from her enchanting songs to the charities of her choice. What an amazing, inspiring, client Moana would be.