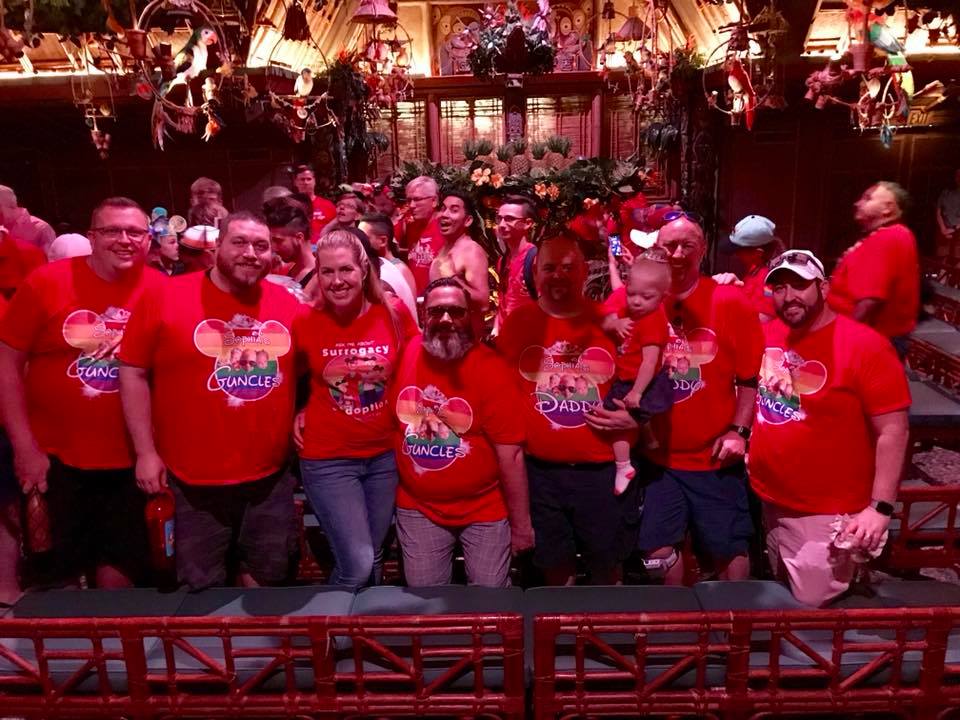 Surrogacy cases are cluster of people. Likewise, at my current favorite Disneyland attraction, the Tiki Room singalong is a whole flock of ridiculous 1960s animatronic birds of various cultural archetypes. The birds hosting the show are Jose, Michael, Fritz, and Pierre. Each speaks with an accent arguably from Mexico, Ireland, Germany, and France. Also present are the glee club members, a collection of frilly feathered female birds which include Josephine, my favorite. After the glee club sings the show concludes with singing flowers on boats and chanting totem poles and drummers. Keeping the birds straight takes practice, repetition, and enough patience to sit through a lot of shows. Happily, just as when I work on surrogacy cases, I possess all three.

When explaining how surrogacy works, I find most listeners get lost in the cast of characters. So perhaps a play acted out by the Tiki Room assembly will help paint a clearer picture. Let’s pretend that Fritz from Germany wanted a genetic child. Because of the prohibitive laws of his home country, Fritz comes to the United States to find a surrogate – a woman who is willing to carry his embryo (created from Fritz’s sperm and an egg donor’s ova). How would Fritz find a surrogate? As most would-be parents do, Fritz hires a matching agency or recruiter. In this hypothetical, Fritz hires the services of Jose’s Matching Agency. In surrogacy cases, the matching agency is the facilitator of all the parties throughout the process – just like the animatronic bird, Jose, is the conductor of the Tiki Room show.

Jose’s agency database has been meticulously crafted from years of targeted advertising to the right community of women and interviews with a few special mothers with a heart for helping other families have children. The mothers in Jose’s database have had easy pregnancies and deliveries in the past. Jose would present potential matches to Fritz. Fritz picks Josephine, a beautiful young singer from France residing in Anaheim, California and she accepts.

Next, Fritz hires doctor Michael, who trained in Ireland. Dr. Michael’s IVF clinic is located in Orange County so Josephine does not have a long drive to medical appointments. Dr. Michael confirms that Josephine is a good candidate because she passed her medical and psychological screening tests.

At this point, Fritz hires me, his lawyer, to draft a gestational carrier contract. Josephine needs her own lawyer, so I recommend Pierre – a French speaking lawyer. Pierre then explains the forty-page contract to Josephine. Let’s pretend that English is not a strong suit for Josephine. In lieu of having to pay for a certified interpreter to assist her on all of Josephine’s conversations with her attorney, Josephine agrees with my recommendation and hires Pierre, the bilingual lawyer. After about two weeks, Pierre and I complete our reviews and negotiation of the contract with our respective clients. At last, Pierre and I tell Dr. Michael that the legal contract-creation process is done.

Dr. Michael transfers Fritz’ embryo into Josephine’s uterus via in vitro fertilization and the transfer is a success. As the pregnancy progresses, Jose helps coordinate Fritz’ payment to Dr. Michael’s IVF clinic for the laboratory fees and deductibles. Eventually, Josephine is treated by an obstetrician and Jose again helps Fritz manage the payments for doctor appointments, maternity clothing and lost wages if Josephine were placed on bed rest at the end of the pregnancy.

Pierre and I get involved again during Josephine’s second trimester. We petition the superior court family law judge at the Orange County Court to issue a court order affirming Fritz’ parental rights. The role of the judge could be played by the chanting totem poles. They would announce, via their courtroom clerks who could be played by the powerful drummers, that Fritz is the true parent of the child Josephine carries.

The staff at the hospital where Josephine delivers (played by the assembly of singing flowers) would all need to see the court order. The yellow dafodil flower plays the social worker who is eager to make sure Josephine is not being exploited and that this need not proceed as an adoption. The purple pansy plays the hospital’s general counsel – the lawyer who would review the court order with the social worker and confirm the situation for nurses on the labor and delivery floor. A third boisterous blossom, the bird of paradise, plays the vital role of the hospital’s birth clerk. The birth clerk bird of paradise helps Fritz sign the right forms so his name alone is printed on the child’s birth certificate as parent #1, in accordance with the court order. At this point, with a healthy baby born, my Tiki Room surrogacy ensemble play would end.

Although the scenario above may seem ridiculous, surrogacy cases quite frequently have a cast of international characters. I have worked with many individuals, straight couples and same-sex partners from Germany, France, Spain, the Netherlands, the United Kingdom, Argentina, China and Mexico. And those are just the clients who I have assisted in the last year or so. I am proud to practice in a state that welcomes families from all locations who wish to work with a surrogate residing in California. After all, what’s not to love about California? It is home to Disneyland, where the birds sing words and the flowers croon.